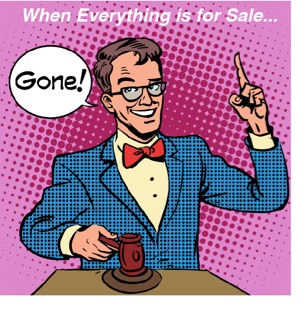 In October 2017, the contract with C. H. Johnson Consulting, Inc.  was amended by $58,239.00 which raised the contract total to $252,369.00. CEO Kathy Kramer, VP Ken Karns,  and the Directors (Ashleigh Aitken, Barbara Bagneris, Nick Berardino, Sandra Cervantes, Doug La Belle, Gerardo Mouet, Newton Pham, Robert Ruiz, Stan Tkaczyk) were asked what the additional money would be used for and refused to answer the questions.    This post discusses a section of the C. H. Johnson Consulting, Inc. RFP which is listed as an optional task and could be the work being performed but CEO Kathy Kramer, VP Ken Karns and the Directors refuse to let the public know what they are doing with public money.  Directors and Executive Management of the OC Fairgrounds choose to act as if they are above the law and do not have to answer for their expenditures of public money or use of public property.

The Master Site Plan process is a revenue centered process, not a community, education, agriculture, or recreation centered process.  This is the section from the winning proposal for the Master Site Plan process which discusses financial plans and projections. It should be noted that multiple requests have been made for documents regarding this work and no documents have been produced. [A] This section is from pgs. 25-26 of the C. H. Johnson Consulting, Inc. proposal:

This Task commenced in Task 5 and will be finalized in this Task (Task 9). It will consider the initial work done by all parties and will result in finalized economic and fiscal impact analyses considering the developed business and masterplan. Our Impact approach is described below .

To the extent that state and local governments will be participating in the project, part of the return is measured in economic benefits of the project. For this project, it may be important to determine where impacts would occur, as this data can be used to advance the project through the public review and approvals process. It may also be helpful in obtaining final funding grants and ongoing operating support by communicating how the project can help drive demand to the area, how much employment will occur and how much tax revenue will be generated. As such, for this analysis, we will:

[A] The documents regarding the work performed may have been disposed of or in the custody or control of another unnamed state or local agency or may not be able to be located according to CEO Kathy Kramer.

Contact VP of Operations Ken Karns who is in charge of the Master Site Plan at kkarns@ocfair.com

C. H. Johnson Consulting, Inc. from Chicago, IL  is the contractor for the Master Site Plan process. A copy of the entire proposal is available on the "OC Fairgrounds Documents" page listed on the right side of this page. We have no idea why the OC Fairgrounds hired a company from Chicago and could not find a planning firm in the Los Angeles-Orange County area or even in California.

This is one in a series of posts looking at individual Master Site Plan tasks to gain a greater understanding of how the OC Fair Board Directors (Ashleigh Aitken, Barbara Bagneris, Nick Berardino, Sandra Cervantes, Doug La Belle, Gerardo Mouet, Newton Pham, Robert Ruiz, Stan Tkaczyk) and Executive Management want to push the OC Fairgrounds away from being the fairground we currently enjoy.