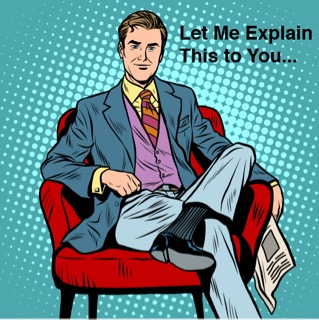 Current OC Fairgrounds Directors and Executive Management pay lip service to claims of openness, transparency, and supporting the rights of the public, who own the OC Fairgrounds, to ask questions about what is going on. Obstructions to obtaining information including selective disclosure of information  have been used along with bullying and intimidation tactics by the Directors on members of the public. At times, members of the public who have connections to Directors have been asked to join in the bullying and intimidation tactics.

A letter was sent to the Directors regarding the rights of the public to ask for and receive information about how business is conducted by the state employees and state officers managing the publicly owned OC Fairgrounds.  This is the letter:

I am following up on the conversation which started during the February 22, 2018, 32nd District Agricultural Association (32nd DAA) Board meeting during which a discussion of the rights of the public to ask for and to receive information regarding the conduct of the people’s business at the 32nd DAA was conducted. The California Constitution (Cal. Cons. Art. I, § 2-3) clearly grants the people rights to freely address a government body, petition the government for redress of grievances and to have access to information concerning how the government conducts the business of the people including access to the writings of public agencies and officials.

During the meeting, you publicly chastised me for exercising my Constitutional rights through public records requests and then suggested that I ask CEO Kathy Kramer informally for the documents. I followed up on your suggestion and CEO Kramer, who works for a state agency for which you have been appointed a Director by the Governor, ignored your suggestion and, of her own accord, converted my informal request into formal public records requests. CEO Kramer then chose to delay fulfillment of those requests by several months.

I have spoken with CEO Kramer on many circumstances, and although I’m sure that, as a Director of the agency for which she is employed, she often appears receptive and interested in your point of view, she has often not been receptive or interested in my point of view or in assisting me in the past. And, if you would like the testimony of the degree to which she is receptive or interested in the viewpoints of others who do not already share her view point or are not Directors of the agency for which she is employed, I can arrange for them to contact you. I would also point out that, in this case, she was neither receptive nor apparently interested in your point of view that these requests be handled informally and promptly. I am not certain, what benefit, if any, can come from continuing a dialogue with you on this subject, given that CEO Kramer is not going to follow your suggestions and you are apparently unwilling to exercise authority over the multi-million dollar state agency which you were appointed to oversee by the Governor.

You have stated repeatedly that you believe that the public has a right to know what is going on at the 32nd DAA, but you have been among the most vocal critics of those who have chosen to exercise this Constitutional right. It is difficult to reconcile your statements with your actions. If the basis of your concern is cost, then that can be readily addressed, while furthering public access.

As was suggested at a 32nd DAA Board Meeting some months ago, a simple change in policy and a Dropbox account costing $150 per year would eliminate most need for public records request. A simple directive to employees that whenever a document or email is created by a 32nd DAA employee, a determination is made whether it fits into one of the very few, very limited exceptions to the California Public Records Act (Cal. Gov. Code § 6250, et seq.), and if it does not fit into one of those few narrow exception, it is automatically made available to the public via the Dropbox account. Adoption of this approach would make the 32nd DAA and the Board leaders and heroes in the cause of public oversight, openness, and transparent government.

This is only a preview. Your comment has not yet been posted.

The letters and numbers you entered did not match the image. Please try again.

As a final step before posting your comment, enter the letters and numbers you see in the image below. This prevents automated programs from posting comments.

Having trouble reading this image? View an alternate.

(Name and email address are required. Email address will not be displayed with the comment.)