Why Doesn't the Fair Board Clean Up Messes Made by Executive Management & Staff? 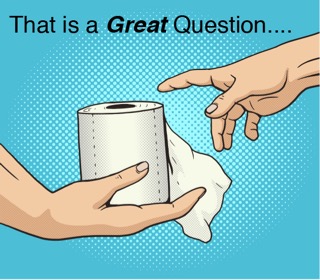 The letter posted below was sent to the OC Fairgrounds (aka Orange County Fair and Event Center or OCFEC) in February 2018 after Executive Management and the Board worked together to conceal information regarding a bid protest in which allegation were made regarding misconduct.  Concealment of the bid protest documents and other troubling questionable actions since 2015 raise questions such as:

I am in receipt of the letter dated February 1, 2018, from the 32nd District Agricultural Association (32nd DAA) responding to my request of January 22, 2018, made under the California Public Records Act (Cal. Gov. Code §6250, et seq.). Yet again, the 32nd DAA has refused to produce documents in a timely manner which are known to be in their possession.

This refusal, which I have specifically addressed in a separate letter, is part of a series of dubious and suspect actions by the 32nd DAA, including efforts to hide its questionable activities, a pattern which started in, at least, 2015. These problematic actions or efforts to hide those actions have included:

Embarking on a complicated scheme to manipulate the bidding, contracting and financial systems by, without rational basis, revising the long-standing way in whichthe contract for Independent Sound Monitoring was structured and thus creating artificially high rates for those services, which are required to comply with multiple legal settlements and City of Costa Mesa noise limits:

Eliminating, in 2016, the authority of the Independent Sound Monitor to require and enforce changes needed to bring sound systems into compliance with multiple legal settlements and City noise limits. This despite the fact that the professional sound monitor is required in legal settlements to which the Fairgrounds is a signator.

Engaging in a scheme to subsidize event promoter costs by billing event promoters less than the full amount of services provided and writing off the outstanding balance to a secret account approved by Executive Management from 2016 onward.Scheduling of events known to be dangerous and the subsequent hiding the financial impacts of those dangerous events:

In spring of 2016, Executive Management scheduled a rally for the Donald Trump campaign despite the fact that such events had led to problems at previous locations and the campaign was already notorious for not paying its bills and costs it incurred. Executive Management concealed their actions for several weeks and sprung the event on the Board and Public less than two days prior the event. Executive Management signed the contract without requiring adequate security and law enforcement staff to be paid for by the event promoter. The event ended in a riot which required hundreds of law enforcement staff to contain the riot.

A Board member and Executive Management have engaged in backroom dealing to have the taxpayers of Orange County pay a law enforcement bill from 2016, which exceeded $125,000, which resulted from an event that foreseeably ended in a riot that endangered the homes and businesses surrounding the 32nd DAA property. Executive Management and the Board stalled, obfuscated, and flatly refused to answer questions regarding payment of the bill from the fall of 2016 until the spring of 2017.

Engaging in dangerous and hazardous building practices and a multi-year coverup of structural deficiencies which put members of the public at risk:

Executive Management, with the support of Board members, evaded building construction standards including plan check, structural analysis and building inspection by a licensed building inspector during the construction of the nearly 50 ton Workers Memorial by designating the project as an art project rather than a construction project. An unlicensed contractor was permitted to erect the structure using methods which created structural deficiencies which rendered the structure unsafe to be around before the project was completed.

Structural deficiencies in the nearly 50 ton Workers Memorial were concealed for over a year after the structural deficiencies were discovered prior to the opening of the 2015 OC Fair. Executive Management delayed installation of fencing adequate to protect the Public from the collapsing structure until early 2016. Guests at the 2015 OC Fair were put at risk due to the placement of seating next to the structurally unsound memorial without being notified of, or protected from, the hazards. During early 2017, after the state of the memorial finally became known to the public, the collapsing structure was, finally, demolished and rebuilt by a licensed contractor.

Turning a blind eye to, or enabling, apparent conflicts of interest involving Board members:

The Board has allowed two Board members who are officers of a private non-profit corporation to solicit and receive donations from vendors and contractors of the 32nd DAA and to use facilities provided by the 32nd DAA vendor for the benefit of the private corporations other donors and members.

Compensating, through back-door methods, Board members who are supposed to be serving on the Board without compensation:

State resources have been utilized to fund private catered parties for Board members, their families, friends, nannies, and business associates. Over $60,000 is spent in a 23 day period on gourmet catered meals for private dinners held during the OC Fair. The private catered dinners feature a private bathroom costing over $14,000 for the run of the OC Fair and lavish décor paid for using public money. Countless hours of unaccounted staff time go into the planning and execution of the events. Board members receive free tickets to the best seats in the Pacific Amphitheatre, Action Sports Arena, and The Hangar, including receiving tickets to simultaneous events and more than one event on a given day. Board members have a Board Concierge who is paid staff member assigned to manage the tickets and dinners of Board members.

Engaging in and supporting suspect hiring paid for with state funds:

When the position of Vice President of Operations was filled, Executive Management may have made material misrepresentations to the U.S. Customs and Immigration Service regarding the nature and duration of the employment of the position. In 2016, senior management of the Fairgrounds may have made misrepresentations to USCIS regarding the nature and duration of the work for which Mr. Ken Karns was hired including possibly asserting at certain points that he was hired as a temporary management consultant. Additionally, legal costs to obtain two separate USCIS clearances for this individual were paid for by the 32ndDAA. The Board has been made aware of these actions and has refused to act.

Attempting to increase revenues by evading legal agreements with the apparent support and encouragement of Board members:

Legally binding environmental mitigation measures and a 2012 legal settlement were ignored in order to increase revenues from the 2017 OC Fair by planned increases in seating capacity at the Pacific Amphitheatre. When confronted with documentary evidence of these actions during a Board meeting, Board members and Executive management denied the actions, accused members of the public who raised the issue of fabrication, and encouraged staff in the room to join the denialand disparagement which was taking place. After pressing the matter, an agreement was reached which resulted in compliance with the terms of the mitigation measures and legal settlement. Attempts to obtain information regarding the decision made to undertake this course of action were obstructed and continue to be obstructed, including blatant and obvious evasion and delay in response to reasonable public records requests.

This pattern and practice of bad behavior is costly and detrimental to the financial health and reputation of the 32nd DAA, but is reflective of a culture in which secrecy, confidentiality and a resistance to full disclosure to the public is reflexive and endemic. This latest attempt to hide the details of the bid protest of the proposed contract award to Ticketmaster are not going to work because facts of what happened and how it happened will be revealed. Concealing problems and attempting to contort the facts does not work and makes the problem worse.

I implore the Board to embrace openness and transparency, even if this means that changes in 32nd DAA leadership may be needed. If the fact that you've been appointed as stewards of the public in overseeing the 32nd DAA is insufficient motive to do this, then the long term financial and reputational risks to the 32nd DAA from this behavior should be more than enough incentive.