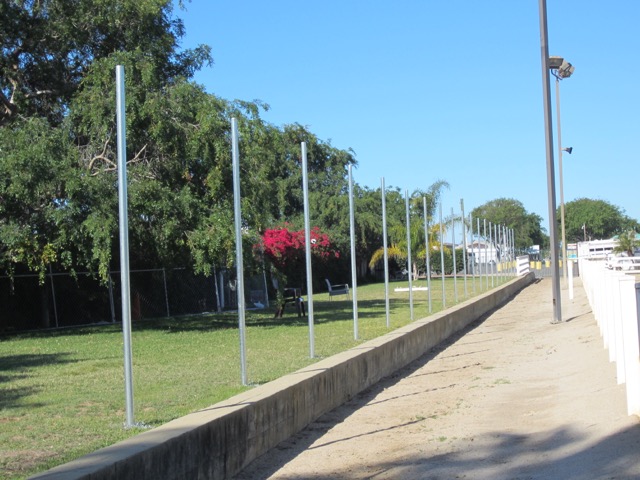 In late March 2018, contractors arrived unannounced at the Equestrian Center at the OC Fairgrounds (aka Orange County Fair and Event Center or OCFEC) to fence off a substantial part of the facility to make more room to store shipping containers. The immediate threat of installing a fence to make room for more shipping containers was stopped with the fence removed, but questions regarding who did this, why they did this, how this was paid for, who authorized the fence, and how long this was in the works remain unanswered. Direct questions sent to the Board on April 2, 2018, have been ignored. Records requested on April 5, 2018, regarding the attempted size reduction are being delayed until late June 2018. Board Directors refuse to discuss details of the matter in public. This is the wrong approach which does not serve the interests of the Public who own OCFEC.

The second category of problem behavior is “misconduct” -- meaning the employee does something that is contrary to the nature of the job or state rules. Threatening violence against a coworker, stealing and dishonesty are examples of misconduct. An employer can take adverse action against an employee who engages in these behaviors immediately without engaging in the corrective phase or progressive discipline. In other words, there is no training course to teach someone how to not steal, employees are reasonably expected to know that this is unacceptable conduct.

Board Directors should require Executive Management to immediately release any and all documents regarding the attempts to reduce the size of the Equestrian Center to create more storage for shipping containers.  The Board needs to stop covering for Executive Management and staff who work against the interests of the Public.

When Executive Management refuses to immediately release the documents, the correct response from the Board is to remind Executive Management that insubordination, among other actions, is grounds for disciplinary action under California law and proceed accordingly.  Get the information out there to the Public who own the Equestrian Center and whose money was wasted on this mess while Executive Management and staff who participated bear the consequences.

And remember, there is no training course to teach someone how to be honest and employees are reasonably expect to know what is acceptable conduct.