Home Archives Profile
Traffic and Parking Issues at Forefront in Meeting with Costa Mesa City Council Member Marr
How Should the OC Fairgrounds Budget to Better Serve the Community – Evening Meeting on November 14, 2019 (And What to Do With $62 Million in Cash Reserves) 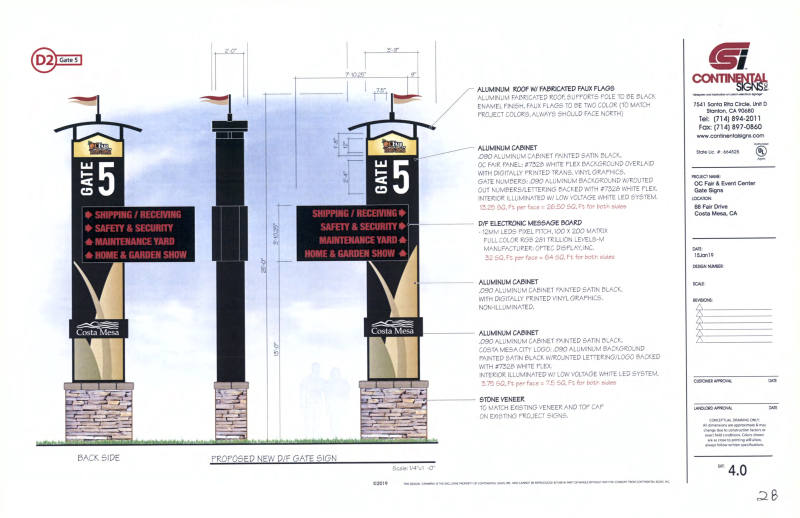 Jason Jacobsen from OCFEC is in charge of the project. Ask him to withdraw the project from the Costa Mesa Planning Commission agenda. He can be reached at 714-625-2958 and jjacobsen@ocfair.com

OCFEC CEO Kathy Kramer can also withdraw the project from the Costa Mesa Planning Commission agenda. She can be reached at 714-708-1510 and kkramer@ocfair.com

Ask the Costa Mesa Planning Commission to place on hold Public Hearing 2 Zoning Application 19-23 for a Planned Signing Program for the Orange County Fair and Event Center Located at 88 Fair Drive because the project is being brought forward without the OC Fair Board having approved the plans, in addition to other problems with the project. You can email the Costa Mesa Planning Commission

Attend the Costa Mesa Planning Commission meeting on Monday, October 14, 2019, at 6:00 pm in Costa Mesa City Hall and ask the commissioners to place the project on hold.

OC Fairgrounds (aka OCFEC) staff want the Costa Mesa Planning Commission to allow six new gate signs over two stories tall to be built along with three new lighted wall signs. Link to the Costa Mesa Planning Commission Agenda with all of the documents. New gate signs have LED screens, lights at the top, and include the City of Costa Mesa logo to deceive the public into believing the City of Costa Mesa owns, operates, or somehow manages the state owned OC Fairgrounds. These new signs are incompatible with the existing homes around OCFEC and will interfere with the quiet enjoyment of homes.

Jason Jacobsen is in charge of the project and did not bring the plans dated January 2019 to the Board or public prior to pushing the item through to the Planning Commission. The public learned of this project when signs stating there was a planning commission hearing about an LED signage project popped up about 10 days ago at OCFEC. The first time the public saw the plans was when the Planning Commission agenda was posted on October 10, 2019. Neighbors have not received notification of the project and no outreach has been conducted. OCFEC staff continue to be indifferent to public input and needs of the neighbors.

It is unclear why new gate signage would be built when OCFEC is undergoing an infrastructure analysis in preparation for another attempt at a new master site plan and is in the midst of a rebranding effort. Any of these projects can change the need for gate signage and how that signage appears and is used. This project needs to be put on hold until other projects which may impact signage are completed.

OCFEC staff made no attempt to fit into the Costa Mesa sign code except make the signs share the same hideous design in order to qualify as a "Planned Signing Program".  Here's the table from the Costa Mesa Planning Commission staff report detailing how out of line with city code this project is: 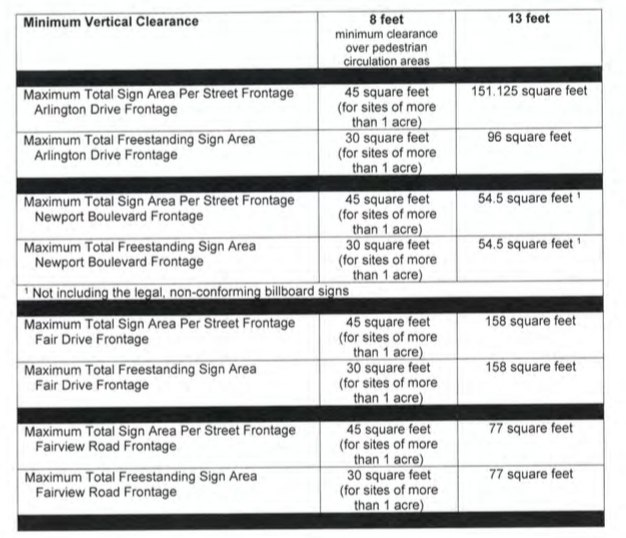 This is only a preview. Your comment has not yet been posted.

The letters and numbers you entered did not match the image. Please try again.

As a final step before posting your comment, enter the letters and numbers you see in the image below. This prevents automated programs from posting comments.

Having trouble reading this image? View an alternate.

(Name and email address are required. Email address will not be displayed with the comment.)